← back to
Tea Sea Records
Get fresh music recommendations delivered to your inbox every Friday.
We've updated our Terms of Use. You can review the changes here. 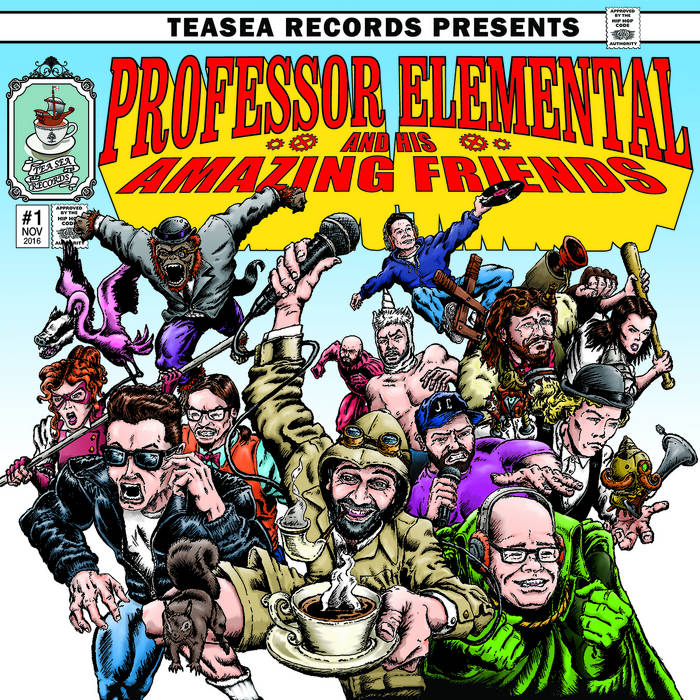 Sushi My first Professor Elemental album and I will definetly buy some more. His music just makes me smile every time I listen to it. Favorite track: BeeGees Ain't Got Nothing On Me.

Monkeyfish My first album from Professor Elemental, this catchy album has me rapping along (best I can), with the beats stuck in my head all day. Favorite track: More Of What You Asked For.

Graham oram blimey this was needed in lockdown 3! started my obsession at fighting trousers, now I'm on my 3rd album and considering listening to a audio comic,

All tracks produced by Tom Caruana...except:
'More Of What You Asked For' produced by Mr Frisby
'All You Can Eat' produced by Pete Cannon
'Bare Witness' produced by Bill*
'BeeGees Ain't Got Nothing On Me' produced by Thom
Cuts on 'All In Together' & 'Inn At The End Of Time' by Nick Maxwell

Bandcamp Daily  your guide to the world of Bandcamp

Semiratruth joins the show to discuss their latest release, "loading..".